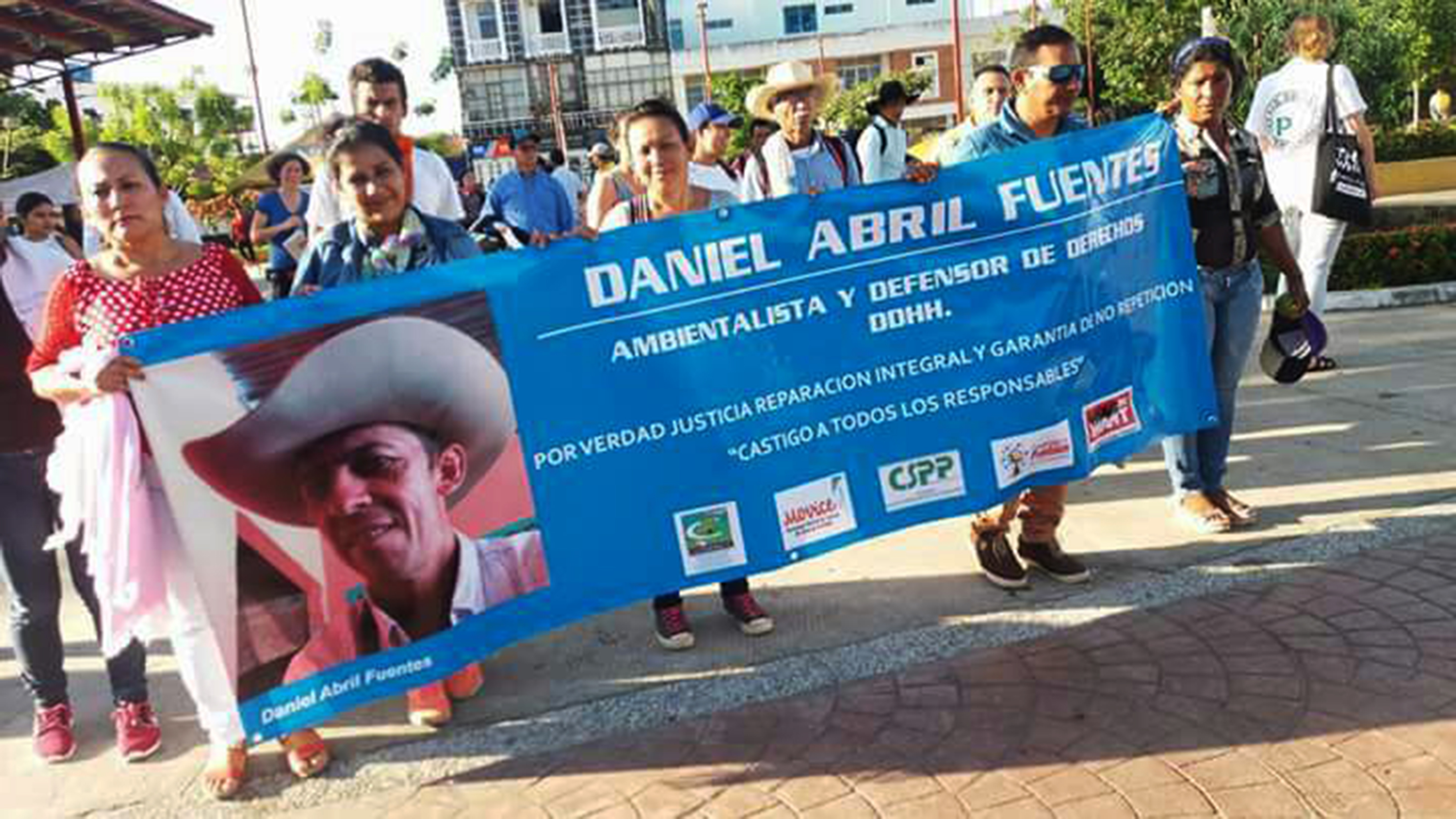 The arrival of oil companies in Casanare at the end of the 1980’s coincided with a strengthening of the presence of paramilitaries in the area. On one hand the so-called Autodefensas Campesinas de Casanare (ACC) extended their actions to the Boyacá department with State acquiescence, producing a countless number of systematic human rights violations. On the other hand, the British Petroleum Company signed cooperation agreements with the Colombian Ministry of Defense to finance and strengthen the 16th National Army Brigade based in Yopal.

The most violent period in the region began in the 1990’s and lasted until approximately 2010. This phase of violence in Casanare was characterized by the persecution, accusations and murder of rural people and communal leaders. During this devastating era of violence the practice of enforced disappearance became recurrent among paramilitary groups. It is estimated that in the last three decades, 2.400 people were forcibly disappeared in the region.

Those responsible for almost a hundred of the so-called “false positives” cases in Casanare are members of the National Army’s 16th Brigade. More specifically 58 files in the Attorney General’s Office have been opened against the No. 44 Ramón Nonato Pérez Infantry Battalion (Birno). In a report from the Attorney General of 2015, after reviewing 292 “false positives” sentences, it is said that in 130 of these cases “the judges have highlighted the existence of a modus operandi, a criminal plan and the distribution of responsibilities in development thereof ” (Full story on El Espectador.com)

Thanks to the coordinated work between victims and the organizations of the Casanare chapter a General in the National Army is being investigated by ordinary justice for the first time. Indeed Henry Torres Escalante is accused of having perpetrated two extrajudicial executions in the region, those of Daniel and Roque Torres, a father and son.

One of the hardest events for the chapter was the murder of Daniel Abril Fuentes which took place on November 13, 2016 in his hometown (Trinidad). In his memory, during that same year and the following year, the school of social investigation took place. The exhibition dedicated to the memory of the victims of Casanare (“Casanare do not forget, do not repeat”) was a way to dignify the victims of State crime, as well as the continuous documentation of the systematic violations of human rights in the department.

Come back to map
News about Casanare