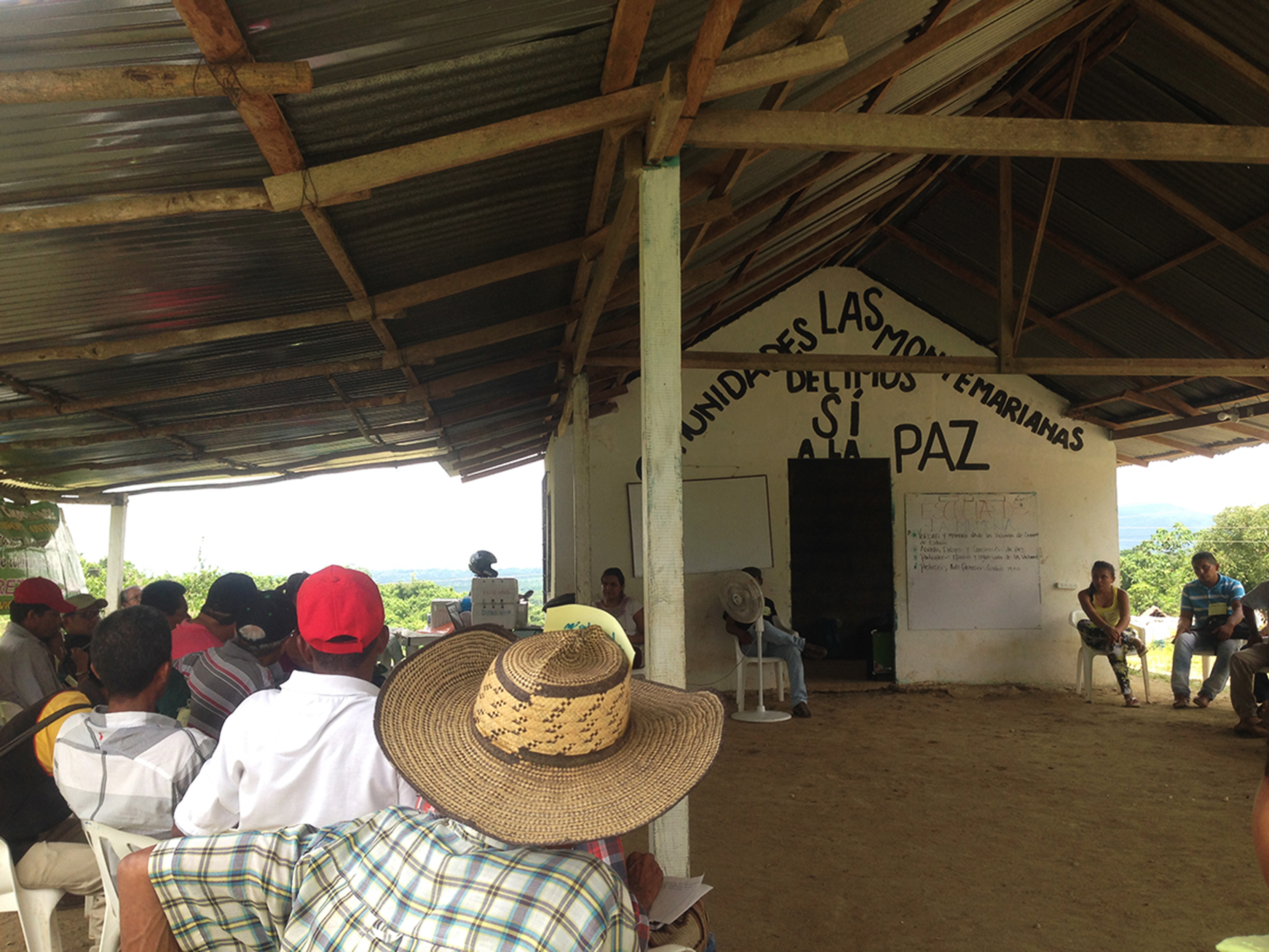 In Sucre a small number of people own the land. A great part of the political violence comes from their will to monopolize the territory by preventing the peasants from occupying it. Many peasant families in the region were victims of human rights violations and had to flee their homes, and the big landowners took advantage of this situation, making the abandoned lands their own.

The paramilitary structures in the department were the Bloque Heroes de los Montes de Maria and the Frente La Mojana (from the Bloque Norte of the AUC). Their power extended to the Southern region that was under the control of Éder Pedraza Peña, alias “Ramon Mojana”. The massacres against civilians in the towns of  Chengue, Ovejas, Colosó, Morroa, Los Palmitos, San Onofre and Toluviejo are part of the paramilitary actions in the region. Some of them were committed with the complicity of the Naval Infantry First Brigade.

This department was one of the departments that suffered most from the complicity between politicians and paramilitary groups. A total of 35 politicians were under investigation for their connections with criminal organizations : 8 ex-mayors, 7 ex-councillors, one ex-departemental deputy, 3 ex-governors, 3 ex-congressmen, 3 senators and 3 congressmen elected between 2006 and 2010,  and 2 mayors and 2 councilors elected in 2007. (VerdadAbierta.com)

This chapter is composed of peasant organizations in a process of resistance and return to their land after having been deprived of their land by the paramilitaries. The organizations of La Europa and San Onofre farms stand out. Other organizations are also part of the Sucre chapter, like the organización de madres de personas víctimas de desaparición forzada en Tolú Viejo, the organización campesina del municipio de Colosó, farmers from La Alemania, and the Comité Permanente por la Defensa de los Derechos Humanos – CPDH (Permanent Committee for the Defense of Human Rights).