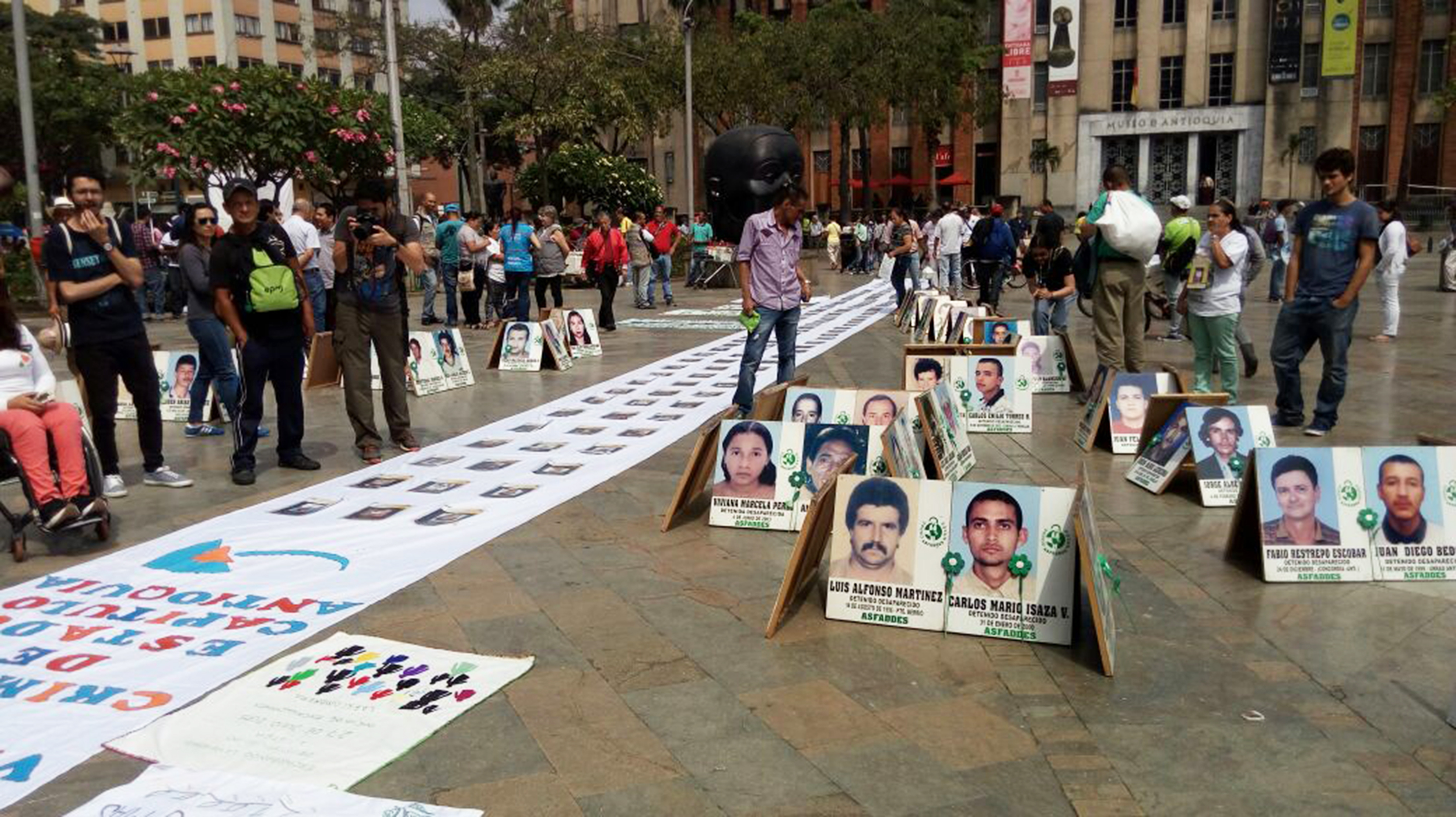 This department has known some of the most well-known cases nation-wide: massacres, targeted assassinations and enforced disappearance, with the actions or omission of the 4th Brigade of the National Army with the complicity of  the AUC. In Medellin’s Tribunal sentence of 2017 relating the case of the murder of Jesús María Valle Jaramillo, human rights activist, it is repeatedly said that “the Military Forces, the Police Forces, the Security Forces, the Antioquia Governorate, groups of peasants, merchants, industrialists and many others that were victims of the guerilla’s actions teamed up with self-defense groups or paramilitaries in order to fight these insurgent groups”.

In one of its reports, the NGO Human Rights Watch produced a similar analysis : “The Attorney General collected significant proof on the broad relations existing between the Fourth Brigade and the paramilitaries under the command of Carlos Castaño through 1997, 1998 and 1999. In these documents, there are mentions of the ‘Girardot, Granaderos, Héroes de Barbacoas, Juan del Corral y Pedro Nel Ospina’ Battalions and also the headquarters of the Fourth Brigade ”.

One of the greatest tragedies that Antioquia experienced was the massacre El Aro perpetrated by the AUC (paramilitary group) between the 22nd and the 31st of October 1997. Years later, in Antioquia, the largest urban military operation of Colombia, the Operación Orión, took place in the Comuna 13 of Medellin between the 16th and the 19th of October 2002 after the Operación  Antorcha and Operación Mariscal that led to more victims. According to the registers of the Corporación Jurídica Libertad, that year there were 450 illegal detentions, 75 assassinations hors de combat, almost 100 disappeared people and more than 2 000 displaced people.

More recently, the Antioquia organizations revealed that 96% (121) of the municipalities in Antioquia have a paramilitary presence. The Autodefensas Gaitanistas de Colombia (AGC) controlled most of the territory according to the report Presencia de grupos paramilitares y algunas de sus dinámicas en Antioquia which studied the time frame between January 2016 and October 2017. In 2017, the departement was second for the most important number of  murdered human rights activists in Colombia : The  Program Somos Defensores reported 14 cases.