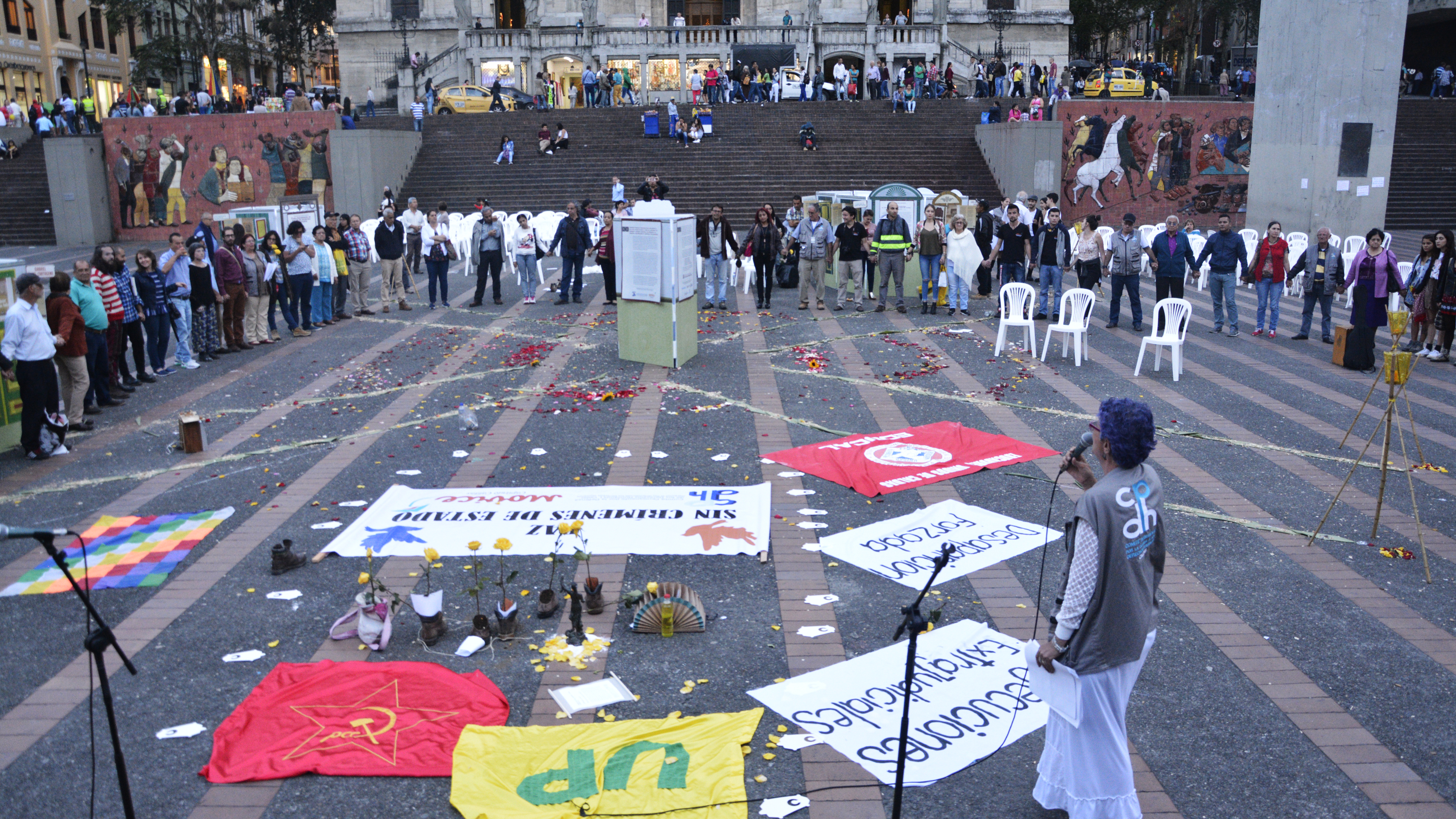 In the Eastern municipalities of Caldas, the Autodefensas del Magdalena Medio (ACMM) were present and closely linked with the dynamics that were developed in the Magdalena Medio region. The paramilitary group Muerte a los Secuestradores – MAS (Death to Kidnappers) carried out its actions in the department in the 1980’s. It is in the following decade that the ACMMs emerged under Ramón Isaza. Later, in the 2000’s, the organization acquired its own identity as Frente Cacique Pipintá, attached to the Bloque Central Bolívar. This Front had influence along the Cauca River canyon, a strategic area for the drug trafficking business as there could be established connections between Antioquia, the Cafetero Axis and the North of the Valley as described by the UN Agency for Refugees (UNHCR).

The Cacique Pipintá never accepted the process of demobilization promoted by Álvaro Uribe Vélez’s Government. The Public Force was absent from a large part of the municipalities of Caldas from the mid-1990’s until the mid-2000’s and after their return to the territory practices violating human rights became widespread such as persecution, stigmatization, extrajudicial executions and enforced disappearance of residents of Caldas identified as collaborators with the guerrilla.

There are open investigations and convictions for extrajudicial executions, mainly those committed during 2007 and 2008. Different members of the Contraguerrilla N. 57 Mártires de Puerres Battalion have been condemned for the so-called “false positives” and there are ongoing investigations against members of the Ayacucho de Manizales Battalion and the Contraguerrillas 93 Battalion (to which has been attributed to at least 11 extrajudicial executions).

Among the historically most affected municipalities of Caldas are Riosucio, Samaná, Salamina, Supía and Manizales. It is important to mention that, in particular, the municipality of Samaná has been recognized as a territory impacted at 90% due to the internal armed conflict, according to figures from the Victims Unit.

As reported in the last National Report on Human Rights Defenders of the Ombudsman’s Office, and the Early Warning No. 026 of February 28, 2018, in Caldas there is a high level of risk in the municipalities of Anserma, Belalcázar, La Dorada, Marmato, Manizales, Pensilvania, San José, Pácora, Riosucio and Supía. The increase in risk levels would be associated with the restructuring of armed units that occurred after the demobilization of the AUC, related to the strongholds of the Bloque Cacique Pipintá that did not demobilize: Urabeños, Águilas Negras,  Autodefensas Gaitanistas de Colombia, Cordillera, Rastrojos and Paisas.