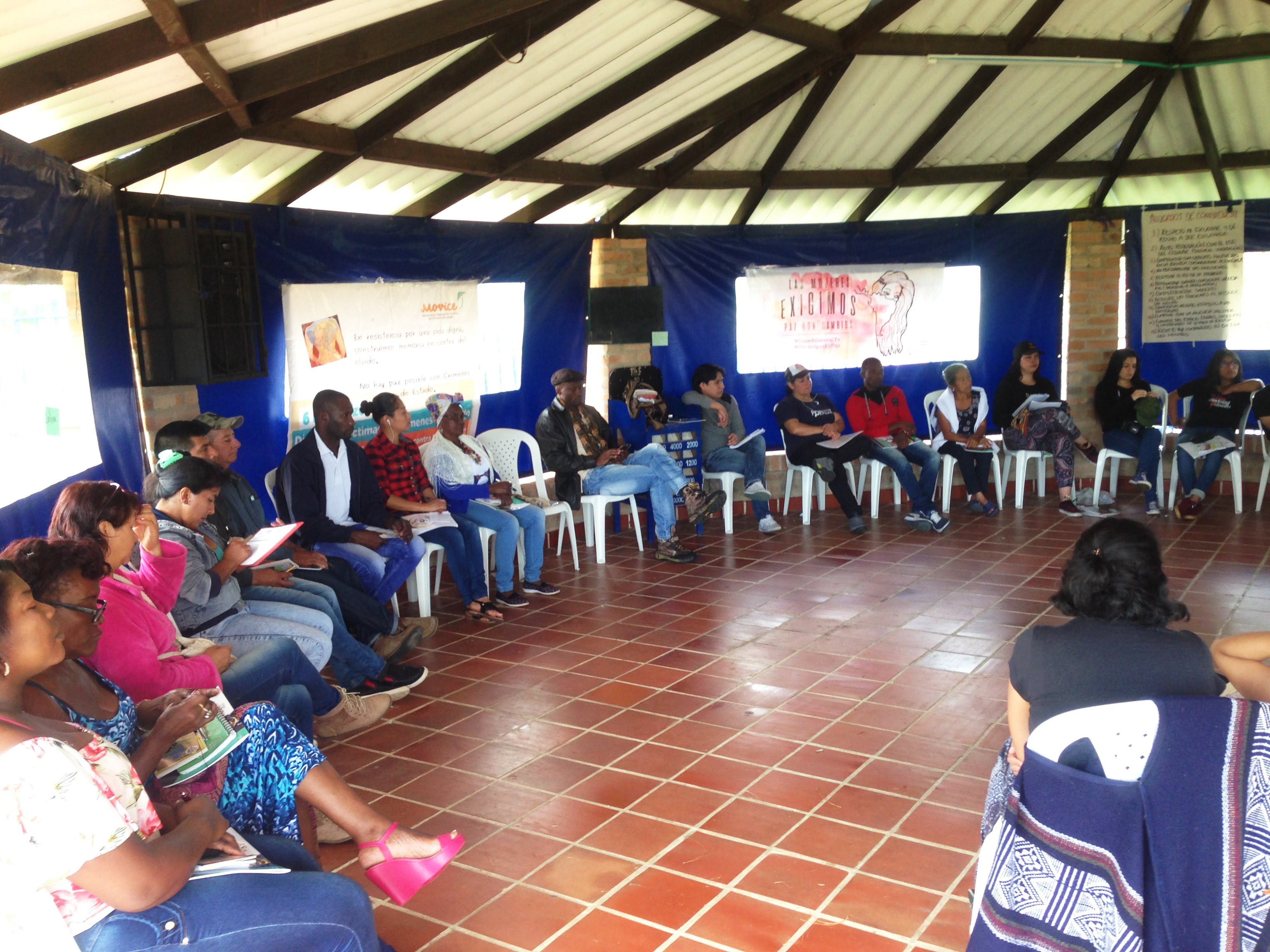 State criminality in the department of Cauca has been perpetrated through the persecution and assassinations of indigenous and rural leaders, as a response to the diverse historical movements of resistance in this region. Violent attacks were committed against rural people, indigenous, Afro-Colombian and poor urban communities often represented by unions or student or victims’ organizations, among others.

In 1984, the assassination of Father Álvaro Ulcué Chocué was emblematic. The murder was committed by undercover F-2 agents and allegedly financed by landowners in the Northern part of the department. In the 1990’s the Bloque Calima of the AUC entered into the region. According to the Huellas del Dolor report, two massacres were committed at the beginning of the decade. The Uvos massacre occurred on the 7th April 1991, when the Army (José Hilario López battalion) killed 17 people from the rural community. Two years after this massacre the Colombian Nation was condemned to a compensation of 3,000 grams of gold for the murder of Adán Ruano Daza, one of the victims. The Nilo massacre occurred on December 16, 1991 in Caloto Cauca, where 21 indigenous people from the village of Nasa were murdered. This massacre was executed by Orlando Villa Zapata, alias “Rubén” or “La Mona”. He took his orders from some stockbreeders from the region who asked him to evict the indigenous people who had taken the land. According to the same report, 23 massacres were reported between 2000 and 2001 and 9 committed between 2002 and 2006. During these years, the CINEP / PPP database registered 89 victims of extrajudicial executions, 5 disappearances and 4 cases of sexual violence among other human rights violations.

The historical violence inflicted by state and para-state agents goes on, repressing the  persistent fight of the communities to defend their territory. In the last two years, more than 40 leaders in Cauca have been assassinated (the region with the highest rate in the country), legal armed actors are still present and go on attacking the communities, through physical and psychological aggressions and detentions. “The situation in the department of Cauca is one of extreme concern, the levels of aggression against activists have increased by approximately 65%“,  according to the Somos Defensores Program in its 2017 report.